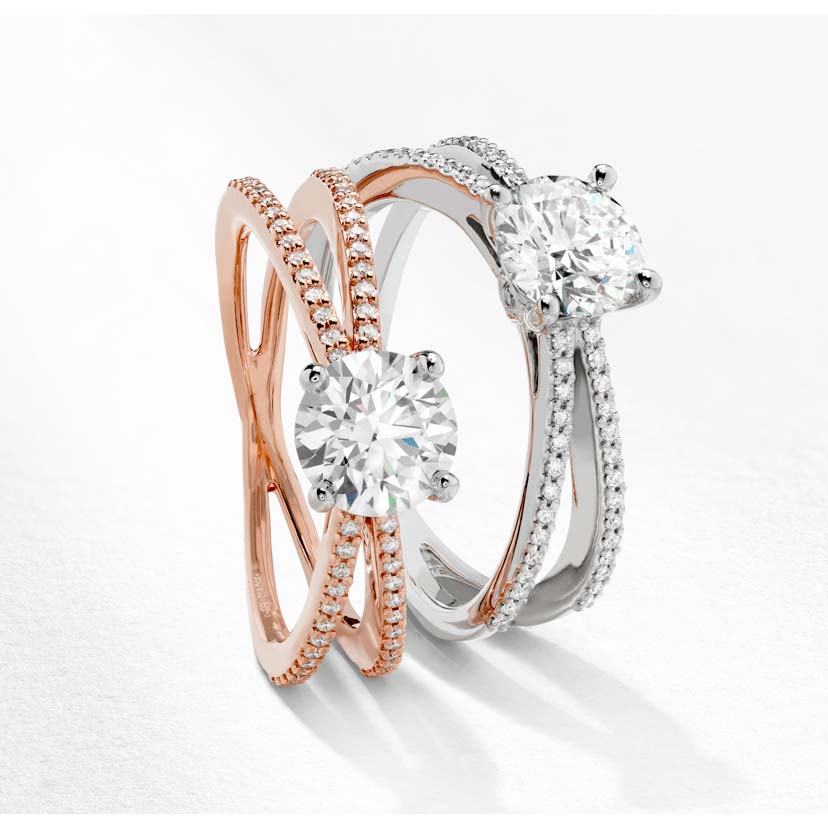 Diamond color ratings, an essential part of the “4 Cs,” appeared rather bland for much of the last century. Only the purest, brightest and whitest would do for many years, setting industry standards and client’s expectations. With the exception of the absolute rarest – and most cost prohibitive – most considered diamonds containing hints of color “imperfect” in the ratings. Esthetics and evolving tastes greatly changed the game.

Diamond colors stem from additional elements within the crystal structure. This modifies how the stone absorbs light and projects color. For example, champagne diamonds, which present as a golden brown, contain nitrogen. This presence brought a frown among purest, knocking them down on the traditional color-rating scale. However, individual tastes and styles, a return to more organic aesthetics, availability, price, as well as a good old-fashioned buck of tradition turned the spotlight on these complex beauties. Designers began embracing different colors instead of stiff industry pronouncements.

Today, you often see separate color ratings, including a C1 – C7 scale for champagne diamonds. This describes the depth of tones from light and airy to deep, rich cognacs. However, the embrace of color brought many other tones, from chocolate to black and other previously disregarded stones to life. Whereas the color ratings once guided people on the value of investment, simple aesthetics now counter this to some extent. And, while the rarest of colored diamonds – reds, blues, greens, oranges and pinks – always hold value due to scarcity, their initial purchase price places them beyond the reach of many consumers.

Diamond color ratings now appear more as a simple guide than a strict purchase mandate. Unless you’re buying stones purely for financial investment, the greatest value is your individual love for a piece.