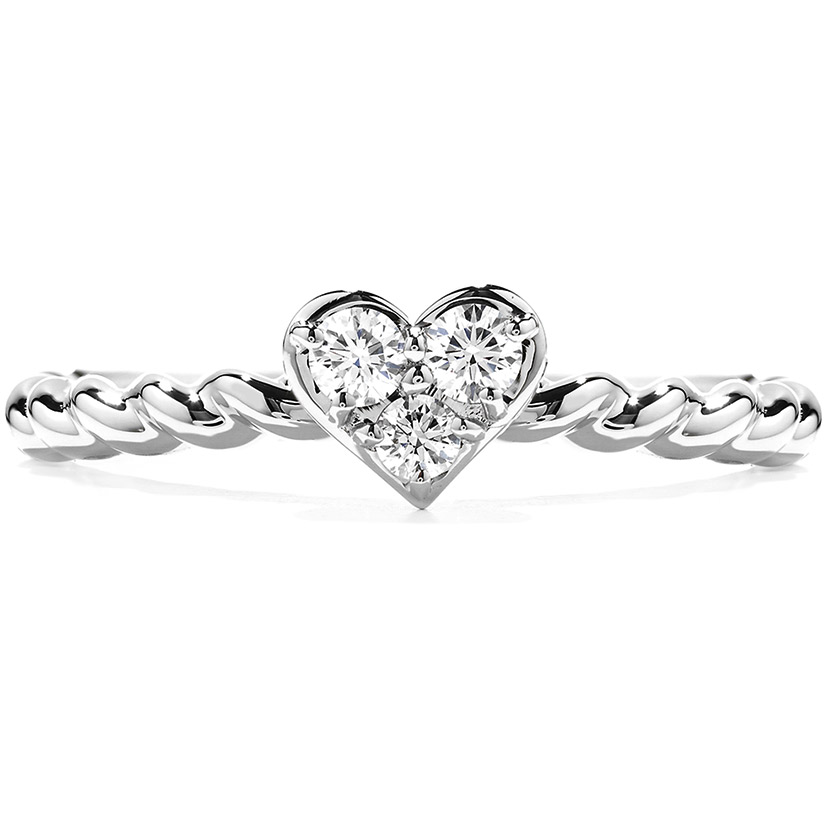 Promise rings long indicated young love among those wearing them. Similar to the wearing of class rings or organization pins, they serve as a public declaration of a loving, committed relationship before or instead of a formal commitment of engagement.

With youthful marriages in the Victorian era, promise rings often indicated that a woman or girl was spoken for or that an arranged suitor had been established for a later date. Early promise rings included engraved poetry or other meaningful symbolism. A unique variety featured a series of gems – a ruby, emerald, garnet, amethyst, ruby and diamond in that exact order. The stones represented the first letter of the stones’ names, spelling “regard.”

One ancient promise ring that never lagged in popularity is the Irish Claddagh ring. This popular ring in Irish tradition consists of two hands joining together to hold a crowned heart. The ring, which originated from a jeweler on the West Coast of Ireland, symbolizes love, loyalty and friendship. In the Irish tradition, the ring could symbolize friendship, a committed relationship, engagement or marriage, depending on the hand on which worn and the direction it faces. Today, the Claddagh also serves as a tie to Irish identity and national pride.

While there is no guideline of how or when to give a promise ring, there is also no standard for expense. Most assume a promise ring to be a significantly less expensive piece than an actual engagement ring. As well, the act of giving a promise ring is usually not as extravagant as a formal engagement and can be given as a birthday or holiday present.

Promise rings serve as a great expression of devotion and seriousness in any relationship. Let the experts at Ben David Jewelers help you pick out an extraordinary piece worthy of your commitment.